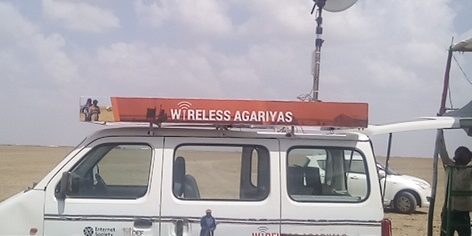 Even before the Gujarat government initiates its well-publicized decision to provide tablets costing Rs 1,000 to four lakh youths, an Ahmedabad-based NGO has begun a major experiment to train poor primary school children of the saltpan workaers in the Little Rann of Kutch (LRK) to use tablets as a learning tool with the use of wifi through mobile van.
Spread out in the vast expanse of LRK’s 5,000 sq km, around 8,000 families from the nearby villages come to the LRK post-monsoon for six months to produce salt to earn a livelihood. If earlier NGOs would run make-shift schools across the LRK, now the state government sets up temporary schools for the children of these families for six months.