Tublo Sir is in the Class 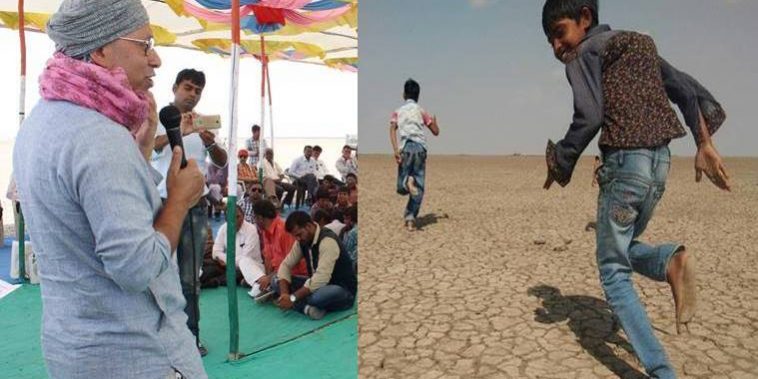 Four-year-old Vishnu Kabaliya recites the “Barakhadi” (the Gujarati alphabet set) in complete sync with the audio and colourful animation popping up on the tablet on his lap. Sitting cross-legged on a brown jute bag, he has a vice-like grip on the tablet, preventing his classmates from even touching it. “I like watching Motu Patlu (an animated sitcom series), but my favourite is the rabbit-and-hare story,” says Vishnu, refusing to look up from the device.

In the scorching salt marshes of the Little Rann of Kutch in Gujarat, wi-fi powered tablets and laptops are drawing children of salt pan workers and members of the Agariya community back to the Rann shalas, the government-approved makeshift tent schools at Kharaghoda in the Surendranagar district of the state. “The Rann shalas are now registering an increase in attendance. Earlier, of the 251 students enrolled in 14 schools, only 60-65 per cent would attend. Now, 95 per cent do,” says Punabhai S Vakatar, the Sarva Shiksha Abhiyan (SSA) district co-ordinator of Surendranagar.